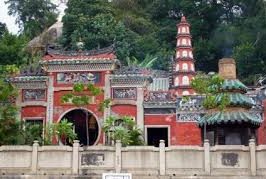 From 1557 to 1999, Macau was a Portuguese colony and had an interesting mix of European and Asian architectures. Ever since it was returned to China, it has operated as a semi-autonomous government just like you have in Hong Kong. You will find lots of historical sites as well as some of the most luxurious hotels in the world. Here are the must-see attractions in Macau.

Start your sightseeing of Macau here in Senado square. The flooring here was built by experts from Portugal back in the 1600s. If you walk down the plaza, you’ll end up at the ruins of the old church which is a great walk if it’s your first time here. This square is the venue for holding large-scale ceremonies.

If you have some more time, head the other direction to the A-Ma temple by the sea. Finding your way around the historic center of Macau is pretty easy. There are some good signposts that direct you to the major sites of interest and there are some markers that describe the sites of cultural significance. This is the temple of the sea goddess Mazu. It was built in 1488, and it is one of Macau’s oldest temples. It has actually been here before the city of Macau came into being. It is a good place to come if you like incense because they burn lots of incense to keep the evil spirits away. 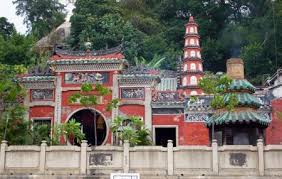 If you follow the signs for the Ruins of St. Paul, after about a 10-minute stroll from the main plaza you will start to see this old relic peeking out in the background. The number one tourist site in all of Macau is the Ruins of St. Paul. This was a church built in the 17th century and in 1835 a fire destroyed everything in the church except the stone facade and now that stone facade is quite a tourist attraction. One souvenir that every tourist has to bring home from Macau is that perfect picture with the ruins. It is easy to find the spot to take the picture, just head on up to the staircase and you will find the 30 or 40 people that have their cameras out.

Na Tcha Temple is a small temple that was built in the late 1800s. Just to the left of that temple is the old city walls of Macau built as early as the late 1500s still standing today. Overlooking the old church is Mount Fortress. The fortress was built in the early 1600s by the Jesuits to defend Macau. It is on one of the highest natural land points here and it was used successfully in 1622 to defend Macau from the invasion by the Dutch. Today it’s a great spot to see and get your bearings on Macau.

After seeing all those sites, you are bound to be hungry so let’s talk about food. One of the most famous foods to eat in Macau is the pork chop bun. Another very famous food from Macau is the Portuguese egg tart, particularly at Lord Stow Bakery. Just walking around any place in Macau you’ll find restaurants that sell pork chop buns and egg tarts. Macau is also famous for the sheets of pressed meat. They are typically sold by weight and there are tons of shops selling sheets of pressed meat. You will also find many stalls selling almond cookies made on the street.